Henryk Goldszmit was born in July 22, 1878  and his parents were Jewish. His father died in1896.  With no icome the left their house and was homeless.Janusz stole bread to keep his family well. Soon he changed his name to Janusz Korczak when writing a book. He then became a pediatrician as his job, He continues to write and was a military doctor in th Russo-Japan war. After that he opned a orphanage and stooped being a doctor. When WW2 Erupted he and his orphans were moved into a gettho. The soldiers offered him to be a Aryan and have freedom, he refused. Eye wittnes accounts:

… A miracle occurred. Two hundred children did not cry out. Two hundred pure souls, condemned to death, did not weep. Not one of them ran away. None tried to hide. Like stricken swallows they clung to their teacher and mentor, to their father and brother, Janusz Korczak, so that he might protect and preserve them. Janusz Korczak was marching, his head bent forward, holding the hand of a child, without a hat, a leather belt around his waist, and wearing high boots. A few nurses were followed by two hundred children, dressed in clean and meticulously cared for clothes, as they were being carried to the altar. (…) On all sides the children were surrounded by Germans, Ukrainians, and this time also Jewish policemen. They whipped and fired shots at them. The very stones of the street wept at the sight of the procession.One day, around 5th August, when I had taken a brief rest from work and was walking down Gęsia Street, I happened to see Janusz Korczak and his orphans leaving the ghetto. The evacuation of the Jewish orphanage run by Janusz Korczak had been ordered for that morning. The children were to have been taken away alone. He had the chance to save himself, and it was only with difficulty that he persuaded the Germans to take him too. He had spent long years of his life with children and now, on this last journey, he could not leave them alone. He wanted to ease things for them. He told the orphans they were going out in to the country, so they ought to be cheerful. At last they would be able to exchange the horrible suffocating city walls for meadows of flowers, streams where they could bathe, woods full of berries and mushrooms. He told them to wear their best clothes, and so they came out into the yard, two by two, nicely dressed and in a happy mood. The little column was led by an SS man who loved children, as Germans do, even those he was about to see on their way into the next world. He took a special liking to a boy of twelve, a violinist who had his instrument under his arm. The SS man told him to go to the head of the procession of children and play – and so they set off. When I met them in Gęsia Street, the smiling children were singing in chorus, the little violinist was playing for them and Korczak was carrying two of the smallest infants, who were beaming too, and telling them some amusing story. I am sure that even in the gas chamber, as the Zyklon B gas was stifling childish throats and striking terror instead of hope into the orphans’ hearts, the Old Doctor must have whispered with one last effort, ‘it’s all right, children, it will be all right’. So that at least he could spare his little charges the fear of passing from life to death.”

He dissapered from history after this.

I have met a silly minded and brave little boy who calls himself Misha. He lives with us in the gettho and helps us even with his life in danger. He is from a gang of boys who are thievs. But don’t think of him as a bad person, he has the heart to help us. He likes the nazi soldiers because he does not know their terror. I hope you are fine and well where you are.

This is what I said:

Hey! This is my foreign language post in Chinese! China is shaped like a chicken. As you can see traditional Chinese has no spaces. This is my name in Chinese: Earth. This language is hard to learn because it has more than thousand letters. But,a few letters can be a whole story.

In the time before the universe existed, there was no space or time. But there was a being made out of the darkness  and void around her. She was tired of the darkness around her and wanted something new. She created space in a small bubble which soon led to the creation of time. She made a small flame that spread light and consumed the darkness in the bubble. But the space and time expanded which killed the being who lived on darkness and and nothingness. The small flame grew and became a being. He created the universe and spread space and time to other dimensions. Soon,  a part of Fire’s flame cooled and produced a new being called Earth. Earth and Fire lived peacefully for all time. Then a small part of Earth aan Fire became sepereated frem them. These two parts combined and made a new element, Air. Fire and Earth saw what happned and made Air another being. The three elements decided to creat another element. Each element seperated a small part from thenselves. Then Fire created Earth again and from within Earth came a combonation of them which made Air. Air combined with Fire and made a new being called Water. Each had equal power over each other and existed peacefully. They all combined a small part of thenselves to make the Life. Life had controll over all other elements so war broke out. Luckly, even if Life was the most powerful it was not immortal like the other four. Fire, Water, Earth, and Air lost their anger and made all the planets. They made a planet called Earth and put Life on it as imprisonment.

Most people think that that π only is for circles. They are WRONG.Some exatly planned out pyramids can approximate to π.The relationship of the hieght to the base’s perimeter is the same as the radius/diameter to the circle’s circumfrence. An example are the pyramids of Giza.

For his movie Nelson Mandela used the title Invictus(a poem) because the poem recites what he thinks and what he has been through.Also it is his utmost inspiration.He used to sing the poem aloud to his jailmates and made the poem their inspiration too. This is how the poem goes:

Out of the night that covers me,
Black as the pit from pole to pole,
I thank whatever gods may be
For my unconquerable soul.

In the fell clutch of circumstance
I have not winced nor cried aloud.
Under the bludgeonings of chance
My head is bloody, but unbowed.

Beyond this place of wrath and tears
Looms but the Horror of the shade,
And yet the menace of the years
Finds, and shall find me, unafraid.

It matters not how strait the gate,
How charged with punishments the scroll.
I am the master of my fate:
I am the captain of my soul.  By William Ernest Henley

Martin Luther King is like Nelson Mandela, because the fought for rights and the freeing of Africans.But Nelson Mandela fought for his whole country. They were both jailed, but Nelson Mandela was in worse,horrible conditions.They were also popular among their people.Mandela became president of South Africa.Both their speechs are enegizing or inspspiring but Mandela used less examples. 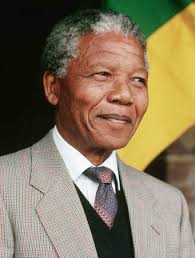 For a hero, many people admire them because they did something or bcause of how they act.Many qualities are in a hero.many begin their life as a lowly person or the son of a king.They are courageous and brave in the face of danger. They rise in popularity with a heroic act, even though he is in a position of weakness(a servant,maybe).A hero can be anyone. One example is a six year old named,Tustin Maines. When his dad fell unconsious,Tustin took the wheel and took the car to safety without crashing.He preformed corageous things when he was in a position of weakness.Many common heros exist if we try to acctualy try to look for them.

Abbie goes to the hospital after Mrs.Merkle was attacked.She’s really worried about her.After investigating mare she finds Mrs.Merkles notebook  and she is off investigating.Soon the police officer calls her to Mrs.Merkle’s home and asks questions. Soon the police supprisingly arrest Jose Morales a person in her book club.But Abbie thinks the police are wrong.After gathering some clues she goes to a party where she catches the tehif.

I still don’t like this book.When Abbie comes over to Mrs Merkle again she takes her over to the coffee shop.Abbie tolerates Edna and the police humour her hunches until suddenly Edna is attacked, her rings stolen and she is left fighting for her life in a coma in hospital. Abbie decides to finish the work Edna started by it is very complicated – could her attacker by the con men roofers or credit card fraudster she reported to the police, the Spanish book club member Jose who has illegal aliens workingf for him, the wierd neighbour who was recently involved in a bank heist or even Edna’s own nephew Charlie who is incredibly nervous around the cops?We’ll find out in our next review and finnaly our last.

Welcome to your brand new blog!

This is a sidebar and can be changed in Widgets in your dashboard.

You can also modify number of sidebars in theme options!